The Centre for London's recent report, 'Meanwhile in London: Making use of London's empty space', shines a welcome spotlight on the workspace challenges of London’s entrepreneurial communities, but misses a chance to tackle the underlying issue. 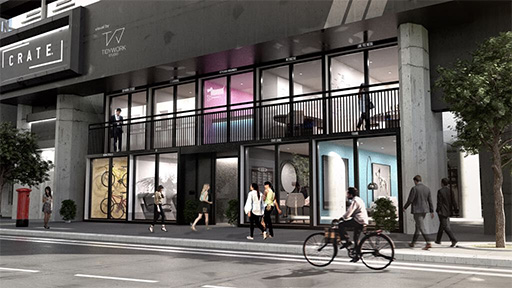 Nicolas Bosetti and Tom Colthorpe, the authors, rightly highlight that start-ups and small businesses across the capital are lacking the workshops, offices, studios and shops they need to take their businesses to the next level. The report's recommendations direct the mayor and local authorities to do much more with under-utilised temporary spaces for business use, but we would argue that more 'meanwhile space', as it's known, may only serve to perpetuate the woeful under-supply of fairly-priced decent commercial premises for the longer-term.

Last year, 190,000 new businesses formed in London – a ten-fold increase since the millennium – joining 850,000 existing firms, many struggling to put down long-term roots as their businesses expand. For micro-and-small-business in particular, the Greater London commercial property market simply isn’t working. There are consequences: London’s businesses are 15% more likely to fail than the national average. In many outer-London boroughs, seven out of ten new businesses fail in their first five years, a 30% worse performance than across the rest of the UK. The Centre for London’s report is far from unique in overlooking the role of premises in improving business survival. We see this as a key policy shortfall.

Meanwhile space, as the report identifies, does have many uses, particularly with community engagement. The case for business is though weaker. Market testing is often cited, but firms have long been able to trial their products and services at existing physical and digital markets. We welcome the report’s idea for meanwhile use to have an exit strategy at the outset through a code of practice. We consider this critical for improving survival. Actively managing local follow-on space allows businesses to put down roots and provides the bedrock for growth in customers, turnover and job creation. This isn’t meanwhile, it’s ‘worthwhile’, as it’s coming to be known. Here, the long-term needs of local entrepreneurs are strategically planned from the outset to seed regeneration. This isn’t developer risk management for a messy exit, it’s core operations for community placemaking.

While the report’s scope may have limited its mandate to explore the issues we raise, it does however omit one important feature of meanwhile workspace that is a weakness in most legacy premises; the value of an embedded business community for support, training, supply, collaboration and growth. For early-stage businesses this network effect is vital.

Policy is now waking up to the need to protect and re-purpose employment land, particularly in the face of the changing nature of work in the digital age and the impact of the march of residential permitted development and compulsory land purchases. London doesn't need more temporary workspace for its entrepreneurs, it needs worthwhile workspace and longer-term premises with embedded business support that firms can call 'home'. Business survival depends on it.


About CRATE:
CRATE designs, builds and operates workspace with business support for micro and small early-stage and growing businesses in London and the South East